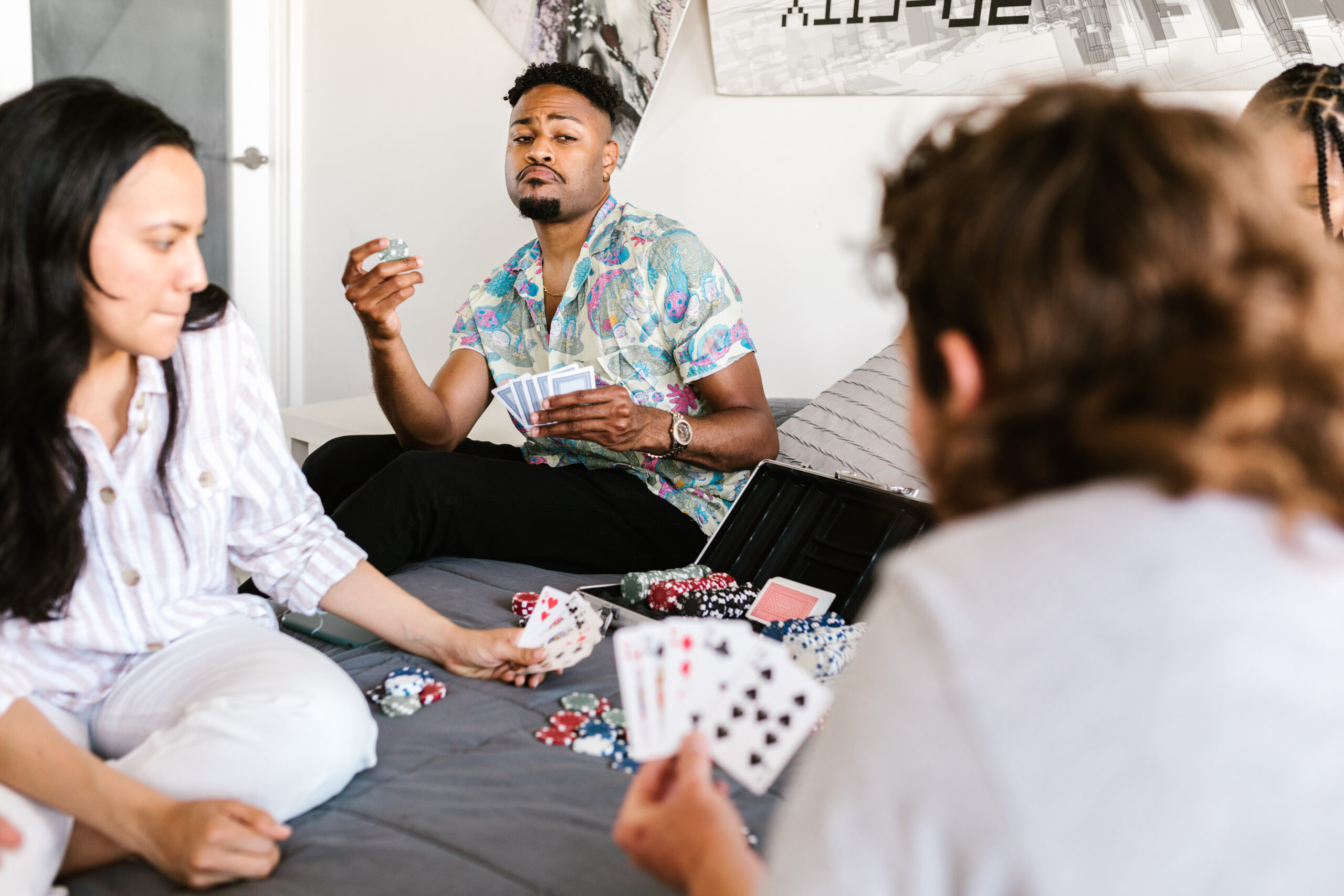 People today will try all sorts of things to boost brain performance and improve cognition. We’re inundated with online quizzes and the like that promise to test and/or boost our I.Q. We constantly read articles about this or that ingredient being a “brain-boosting superfood.” And as we’ve written about in the past, some who turn to cannabis use also expect to see improved cognitive function. In short, there’s a lot we can do in the effort to think a little more quickly and clearly!

Aside from the examples just mentioned though, one other avenue for boosted cognition is playing games. In particular, people who play card and board games have been shown to benefit, even to the point of having protected thinking skills later in life. Per a University of Edinburgh study of more than 1,000 people at the age of 70, those who regularly play these sorts of games demonstrate better memory and thinking skills as they age.

That study is not specific to a single, specific card or board game. But it does support the notion that such games can provide cognitive boosts. And with poker being among the very most popular games in this category, we want to take a closer look at some of the specific ways in which this card game can “boost your brain.”

We’ll begin with the fact that poker players have to pay special attention to body language. The way someone is sitting, how they are holding their cards, or even how their facial expressions shift can provide valuable information regarding their satisfaction or disappointment regarding the cards they’ve just received, or the bets they must consider. Some players may also have a specific response to having a good hand, like scratching an ear or showing half a smile. This is known as a “tell,” and players who learn to spot and interpret them can gain legitimate advantages. In short, the game nudges players to study non-verbal communication.

Players who do develop an ability to read body language can apply the skill in everyday life in numerous ways. It can be beneficial in relationships or social circles first and foremost, in that it can make a person more understanding and empathetic regarding the things others may be feeling, but not expressing. Additionally, the power of body language in the workplace is not to be disregarded or overlooked. When someone understands body language, they can ensure that their own non-verbal signals aren’t reflecting poorly upon them. Conveying “microaggressions” at work, or appearing inattentive or unhappy, can lead to negative perceptions, whereas an ability to understand and control body language can help someone avoid these issues.

Risk Calculation
Poker is a game in which players have to make decisions based on the probability of the opponents beating their hands. This makes it essentially a game of constant risk assessment; each new hand must be weighed up by its potential to earn reward, and the risk of betting against what other players may have. For example, if a Texas Hold’em flop reveals cards that don’t provide much value to the table, and a player has a pair of Aces, there is low risk or betting and staying in –– as well as high potential for reward. On the other hand, if the flop reveals a Jack, Queen, and King of the same suit and the player is holding a pair of 6s, there is instantly very high risk that someone else will draw a better hand. These are very clear hypotheticals, but they convey that these assessments are made constantly in poker.

Going through that process again and again can hone the mind’s ability to look at real-world situations as they relate to risk and reward. This can come in handy in fairly direct ways –– such as calculating whether a given financial investment is worthwhile given market conditions. But it can also be more indirectly useful; at least in theory, a mind trained in risk assessment might help someone to make more strategic decisions regarding everyday matters like whether there’s enough time to grab a coffee on the way to work.

Emotional intelligence is considered to be one of the mental skills poker players can learn as well. This ability is developed by necessity, as players have to actively hide their reactions when they receive good cards (and control impulses to immediately bet on such cards). If you land a pair of Kings for instance, and you grin and lay down a big bet, you’re not likely to get many takers –– whereas if you control your reactions and bet methodically, you’ll be more likely to pull opponents in and win more off of them. The same works with negative outcomes and emotions as well; poker players learn quickly that things won’t always go their way, and that controlling emotions when results are less than encouraging is essential.

All of this effectively amounts to a study in emotional intelligence. Poker by nature consists of a never-ending series of ups and downs, and when you can handle them all in stride, you’re effectively training yourself to do the same in real life. This skill too can benefit you in any number of ways. But speaking broadly, it should help you to keep a level head when things go poorly (say, when you have a bad day at work or lose money on an investment), as well as remain humble and strategic when things are going well.

In order to increase their chances of winning a game, poker players must remember a lot of information –– from basic hand rankings, rules, and terms at the beginner level, to pot odds calculations and notes on opponent tendencies among more advanced players. Indeed, factors like these need to factor instantaneously into one’s strategic thinking. For instance, if a player has a low pair and the flop reveals strong cards, risk assessment might dictate the player should pull back. But if an opponent makes an aggressive bet first –– and our player remembers that this opponent has a tendency to get overexcited by face cards –– the assessment might change; there may be an opportunity to call the opponent’s bluff.

Through countless situations like this poker players can sharpen memory, which –– it almost goes without saying –– is helpful in numerous facets of daily life. Whether in a social situation (remembering phone numbers or birthdays of friends and family), a work scenario (recalling tasks that need doing in order to be more self-sufficient), or anything else of this sort, a strong and active memory will make you come across as more competent in all walks of life.

Once again, there are all sorts of ways in which we can train cognitive skillsets. But poker is one of a handful of games that can help in the effort. Regular play can help you to sharpen your memory and risk calculation, improve your emotional intelligence, and even learn to read other people more effectively. These abilities will not only keep your mind sharp, but can help with countless specific needs and tasks in your everyday life.

With So Many Relationship Therapists In Arizona, How Do You Pick The Right One?

Useful Tips To Help You Deal With Chlamydia